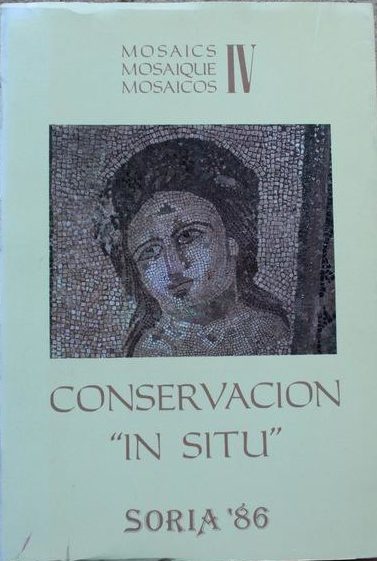 In 1986, the 3rd International Conference was organised at Soria, by the Spanish members of the Board. Interestingly, the theme was once again in situ conservation, and the proceedings were published as Mosaics No. 4: Conservation in situ. It was at this conference that the first rules for elections were created, and that the Secretariat passed, through Peter Johnson, from ICCROM to the Secretariat of ASPROM (the Association for the Study and Preservation of Roman Mosaics) in Britain. It was at the Soria Conference, too, that two people who played an important role in the future history of the Committee entered the picture officially. The archaeologist Margaret Alexander, who had been involved with the Committee since 1977, was now elected Vice-President to William Novis’s President, while Gaël de Guichen, who, through his position at ICCROM, had been instrumental in practically everything that had happened up until then, was co-opted on the Boa.
Two recommendations were also passed by a vote of all registered participants, which reflect closely the policies that the ICCM maintains to this day, namely the in situ conservation of mosaics, with lifting left as a last resort; the importance of good and proper maintenance of conserved mosaics; the recommendation to scientists, conservators and archaeologists to pursue work for improving the methods of preserving and maintaining mosaics in situ; and, finally, the need for each country to record the data produced by mosaic conservation.