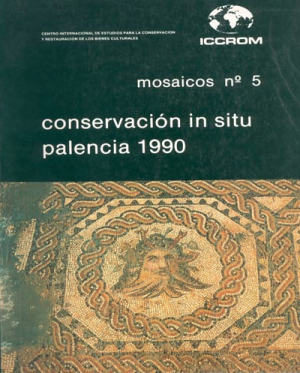 The 4th International Conference of the ICCM took place in 1989, once again in Spain, at Palencia. The rules for election to the Board were further refined and a new Board was elected with archaeologist Margaret Alexander as President, and the conservator Roberto Nardi as Vice-President. The proceedings of the conference were published as Mosaics No. 5: Conservation in situ.

Under Margaret Alexander’s enlightened leadership, the Committee became an even more established organization. It now ran its own secretariat and began to have a small income since, at Margaret’s instigation, members were asked to pay a small fee.